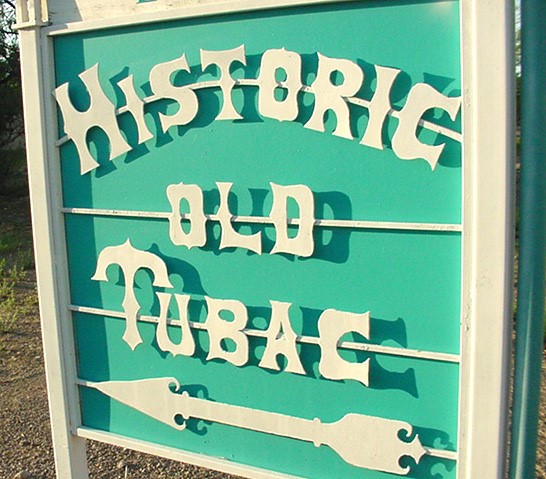 Tubac, AZ – Some of Tubac’s oldest historic buildings will again be welcoming visitors for a rare tour inside their adobe walls during the Old Town Tubac Historic Adobe Building Tour on Saturday, November 11, 2017, from 10 a.m. to 3 p.m.

The Tubac Historical Society and the Lowe House Project artist in residency program are conducting the tour to bring attention to and appreciation for these historically significant buildings in Tubac’s National Historic District and to the lives and times of their occupants.

The tour will include  historic adobe buildings within Tubac’s National Historic District. One of the buildings is believed to have garrisoned Spanish Colonial Soldiers in the mid-1700s. Others are known to have housed some of Arizona’s earliest 19th century Anglo settlers and others were built on existing foundations at the turn of the 20th Century by Tubac’s Hispanic Heritage Families.  The tradition of Tubac: Where Art and History Meet and Tubac’s artist colony had their modern beginnings in some of these buildings known  to have existed in 1767.

The Old Town Tubac Historic Adobe Building Tour is a self-directed walking tour and all the buildings are within walking distance of one another. Some of the buildings retain characteristics of their humble beginnings while others reflect architectural features added during their over 100-year existence.  Access to and within some of these historic privately owned buildings include steps and irregular walking surfaces and are not wheel-chair accessible and could be problematic for individuals with mobility issues.

All Tubac roads  lead to the start of the tour at El Presidito—home to working artists studios and the Tubac School of Fine Art—located at 4 Calle Iglesia at the corner of Burruel Street and Calle Igesia.  At El Presidito, tour participants will receive a booklet/ticket which includes a map to the tour locations and information about each of the buildings and their occupants. Volunteer guides and docents will greet and escort small groups through the buildings pointing out historical features.

Parking is available on Burruel Street a short distance from the start of the tour.

Among the exhibits in the buildings will be the works of some of Tubac’s early art colonists as well as current artists, an exhibit chronicling one of Old Town Tubac’s adobe building preservation projects and adobe brick making.

For more information and registration call THS at 520-398-2020 or email requests  (including number of registrants, email address and phone number) to Info@ths-tubac.org.

Archaeologists have verified the Santa Cruz River Valley and Tubac Valley have been inhabited for 10,000 years.

• A Spanish fort or presidio was established in 1752 in what is today Old Town Tubac,

• A 1776 map of Tubac executed by Joseph de Urrutia shows where buildings existed then and now.

• In 1821, Tubac became a part of Mexico and was a vital and significant farming and trade community.

• Tubac buildings from the 1820s through Territorial Times to Arizona Statehood in 1912 were homes, schools, and stores supporting early Santa Cruz Valley settlement and ranching, farming and mining enterprises

• In 1857, the “Father of Arizona”, Charles Poston, restored existing Old Town Tubac adobe buildings for the headquarters of the Sonora Exploring Mining Company.

• Beginning in 1948, Tubac’s historic adobe buildings were restored and renovated for use as the homes, studios and galleries of artists and entrepreneurs creating “Modern Tubac” and the beginning of the tradition of “Tubac: Where Art and History Meet.”

• In 1969, Tubac residents successfully negotiated the purchase of the 1885 School House by State Parks for the Tubac Presidio State Historic Park and Museum.

• In 1983 the Tubac Historic District was established by Santa Cruz County for guidance and oversight for maintaining the historic integrity of Old Town’s streetscape.

• In 1994, Tubac residents were successful in establishing Old Town Tubac as a National Historic District with 24 buildings and structures listed on the National Register of Historic Places.