Where Art & History Continue to Meet in Old Town Tubac 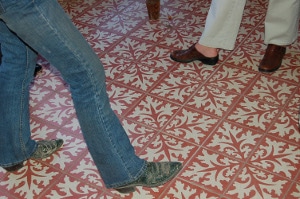 We hope you enjoy your stay in one of Tubac’s historical treasures. These old adobe walls hold the spirit of many layers of Tubac’s History over 300 years. Listed on the National Register of Historic Places, the Historic Lowe House represents the survival and celebration of Tubac’s rich heritage. The following provides a very brief summary.

Tubac was established in 1752 as Arizona’s first permanent European settlement when Spain established a fort, or presidio,  across the street. Fortunately for us, we have a map of Tubac dating to 1767 that shows the fort, the layout of the village, the fields. or milpas, the course of the Santa Cruz River at the time, and roads.

In the above map, red marks the location of a small building that lines up with one of the rooms of the Historic Lowe House. The building is one of several existing adobe buildings in Tubac’s National Historic District with origins dating back to the mid-1700’s Spanish Colonial Era.

We’re quite certain the Lowe House was occupied during the turbulent period between the time Spain moved the fort to Tucson in 1776 and Mexico declared its independence and Tubac became a part of Mexico in 1821. With little or no protection, the village residents survived Apache raids, a small pox epidemic and very hard times, but just barely. Some claim Tubac might even have been abandoned at times, but there are indications some families with deep roots here always seemed to find a way make Tubac their home.

Another layer of life during the Territorial
“Golden Era” of Silver Mining: 1853-1861

In the mid-1800s the Lowe House was restored and expanded for use during Tubac’s mining boom-town days when Charles Poston—“Father of Arizona” – headed up a short-lived but colorful Territorial Era silver mining town here.

Tubac “…had no law but love, and no occupation but labor. No government, no taxes, no public debt, no politics. It was a community in a perfect state of nature…” Charles Poston, 1904-1941 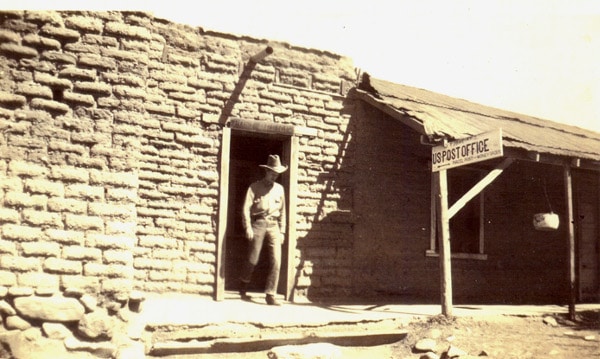 From 1904 to 1941, the building was the home of the family of Anna Burruel and William Henry Lowe, which grew to include nine children. The building grew as the family grew and eventually became Tubac’s first post office, and the first connection to the outside world with the first telegraph and telephone hook up, and a little store.

It was a very active place and the center of much of Tubac’s civic and community life. One of the Lowes’ sons, Ben, recalled the post office as “the happiest place in town….”

Will Rogers Jr. recalled in a poem, It Happened in Old Tubac, how Ross Stefan, an early Tubac artist, was given $1,200 by William Morrow to buy “some real estate”. Morrow as an entreprenuer and owner of the Morrow Nut House franchises. Although a stranger to Tubac, he was like many who just stopped in and saw its potential. Six months later, Morrow returned to Tubac and Stefan handed him a deed to the Historic Lowe House, and change. Stefan purchased the property for $1,095. Eventually Morrow would end up being regarded the “Father of Modern Tubac.”

My Mom and Dad, Marion and Hans Valentine, were some of the early artists who became a part of the community and helped to grow the Tubac artist colony. In 1965, my parents and I moved into the Historic Lowe House, and another layering of its historical use began. For 30 years, this was our home and studio and gallery, at the heart of the artist colony. Mom and Dad have passed, but Dad once told me, “Our time here was the happiest time in our lives.”

It is my hope that you too find your visit here a happy time, a time when the past and present of the tradition of Tubac: Where Art and History Meet enrich your Old Town Tubac experience.

I hope to continue to foster the tradition by offering the Historic Lowe House as a place for creative expression and artists in residency. 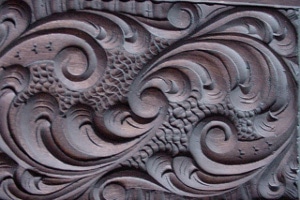 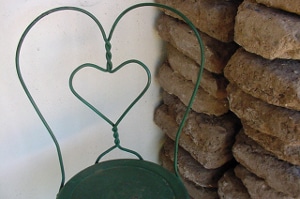 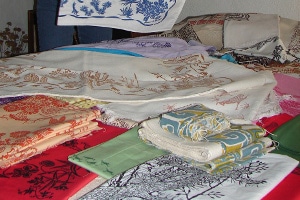 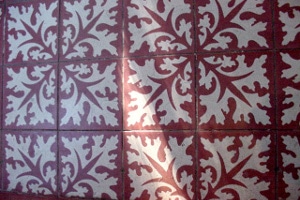